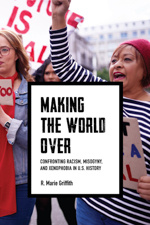 Abortion, it isn’t said nearly often enough, is a singular experience for each person who has one, in large part because of how strongly we are individually conditioned to feel about it by religion and other social and cultural influences. It seems to me that the fear of telling the wrong person and getting an adverse reaction keeps most women silent about any personal experiences with abortion, a silence that (needless to say) has enormous political consequences. I believe it’s important not to judge others for their reproductive choices or the emotions that do or don’t accompany abortion; unfortunately, the dreadful condition of abortion debate in the U.S. is the result of ceaseless judgment and vilification in this area going back more than half a century.

If the pollsters and other researchers are right, more often than not those favoring safe abortion access and those opposing it likewise hold views that are less rigidly fixed than can be captured by simple terms like “pro-life” or “pro-choice.” Most data suggest that Americans occupy many positions along the spectrum of views. This does not mean people are namby-pamby or indifferent when it comes to abortion: they stand on ethical precepts, they have conscience claims, and they cite constitutional rights that are deemed valid in our legal structure; yet they come out all over the place in terms of their outlooks. So how do we decide this fraught issue? Does one side’s moral principles win out completely over the other’s, or are there ways to adjudicate fairly between them? What principles can guide us when a fundamental assertion of a sizable minority of the U.S. population—that all abortion is murder—is not empirically verifiable or ethically certain and is not shared by the majority?

1973’s Roe v. Wade decision instantly decriminalized abortion across the country. Since prior to that decision most Americans, including a majority of American Catholic laypeople, had supported some measure of abortion reform that would loosen the laws prohibiting it in nearly all cases, the initial reaction was fairly calm, even positive. Southern Baptist leaders praised the Roe decision in its immediate aftermath. But by the mid-1980s they and other conservative Protestants had dramatically reversed course and adopted the official Catholic view—completely new to most Protestants—that abortion was murder from the instant the egg and sperm joined in the womb. That the conservative Protestant position was Catholicized in this way went almost unremarked at the time, until to many it came to seem simply obvious that Christians writ large must oppose abortion. Liberal and progressive Protestants and Catholics had long supported abortion rights for the sake of poor women who so often risked death to procure illegal abortions, and they became closer allies of pro-choice organizations such as Planned Parenthood.

Throughout its duration, the political war over abortion has been marked by the perception that the pro-life and pro-choice sides are arguing on wholly different terms, except in the paradoxical sense that each describes itself as protecting a vulnerable population from an intolerant faction of oppressors. Critics of abortion have claimed to be protecting the most vulnerable life on earth: in their eyes, these are unborn persons, fully human from the very earliest stage of pregnancy but unable to defend themselves; and believed capable, even as embryos, of severe distress and pain. Supporters of abortion rights have focused their protection claims on women, vulnerable to sexual coercion, violence, and countless modes of gender-based discrimination; and believed to have the full right to abort an embryo/fetus (not considered a “person” until some late stage in pregnancy, or even birth itself) whatever the circumstances that led to conception. Leaders and adherents of both movements claim to care deeply about the lives of both women and children, but their opponents often see them as fanatical, power-hungry charlatans.

What would courage entail? Perhaps it means that abortion supporters agree to consider as good a reduction in the abortion rate, rather than treating this as an unspeakable topic. They do, after all, want to reduce the rate of unwanted pregnancies, and presumably so do abortion opponents. Can this be done, in a collaborative effort between those who consider themselves pro-life and those who consider themselves pro-choice? And perhaps it also means that abortion opponents accept the good faith arguments of those who do not consider abortion murder and that they focus their efforts on ensuring that they themselves are not complicit with abortion services rather than trying to outlaw those for everyone else. If only it were that simple.