Hemingway, The Garden of Eden, and Authenticity: A Post by Len Gutkin

Hemingway, The Garden of Eden, and Authenticity: A Post by Len Gutkin 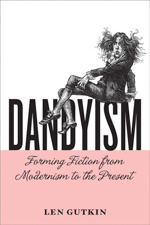 “I hate the myth of Hemingway. And the reason I hate the myth of Hemingway: It obscures the man. And the man is much more interesting than the myth.” So says Michael Katakis, the manager of the Hemingway estate, toward the very beginning of Ken Burns’s and Lynn Novick’s (excellent) recent documentary, Hemingway, on PBS. It is hard to imagine a more incomprehending attitude toward Hemingway, for whom – as Hemingway shows itself to know perfectly well throughout – the “man” and the “myth” are entirely entwined.

One wonders if Katakis’s comments are given such prominence at the beginning of Hemingway in order to underscore, by ironic contrast, the inextricability of the man and myth in Hemingway’s career. (Burns is fond of this sort of irony – as when, at the very beginning of Vietnam, the narrator explains that the war “was begun in good faith, by decent people.”) It may not always be fruitless to pursue a distinction between biographical person and authorial persona; but in the case of Hemingway – as in the case of Oscar Wilde, his most obvious predecessor in literary celebrity – it is a fool’s errand.

This does not mean that Hemingway was inauthentic. Like Jean Rhys in his own time, like William Burroughs after him, Hemingway went to unbearable places for art. This courage was also a facet of his popular success. His quest was real. But it needed to signify its bravery and its extremity for a large readership who could derive a popular existentialism from it.

Unlike Rhys or Burroughs, Hemingway’s experiments with limits had the authorization of an entire war-torn, war-obsessed culture. War for Hemingway offered a solution to a problem whose terms would only be clear after him: How can a writer go out all the way without alienating a mass audience – without, like Burroughs, becoming a resuscitated Baudelaire, a “countercultural” writer? Hemingway welded the needs of the official culture for an account of its wars – including a celebration of the patriotic values of courage, heroism, and so on – to a decadent poetics of extreme experience it might otherwise have been impossible to make mainstream.

Hemingway himself was entirely aware of his substitution of the experience of war for the nineteenth-century decadents’ emphasis on experiential extremes associated with pathology. He flagged this affiliation in The Green Hills of Africa, when he described “what a great advantage an experience of war is to a writer…Those writers who had not seen it were always very jealous and tried to make it seem unimportant, or abnormal, or a disease as a subject, while really, it was just something quite irreplaceable that they had missed.”

Green Hills of Africa is not about war but about hunting. Hemingway was quite transparent about the “decadent” appeal he found in the ritualized killing of animals in hunting and in the bullfight. Modern bullfighting, he says, is “decadent in every way,” and “like most decadent things…reaches its fullest flower at its rottenest point, which is at present.”  For Hemingway, “decadence” as such founds its “fullest flower” in Garden of Eden – his unfinished novel of androgyny.

Hemingway introduces its subject’s interest in androgyny toward its beginning. The theme is mentioned occasionally throughout, but it is never developed. One would not suspect from the evidence of the film that the 1986 publication of Garden of Eden occasioned a comprehensive reassessment of Hemingway’s treatment of gender and sex. That’s a perfectly defensible choice. After all, Garden of Eden was not at all a part of Hemingway’s reception in his lifetime. It was published long after its author’s death, in a highly edited and condensed form and without his oversight or approval. For all of these reasons, it can seem in some sense irrelevant to Hemingway’s importance.

The Garden of Eden borrows its themes of decadent androgyny and sexual role-reversal from the French, especially from Gautier’s 1834 novel Mademoiselle de Maupin, as Nancy Comley and Robert Scholes pointed out in their groundbreaking 1996 Hemingway’s Genders. As published, the novel depicts a love triangle encompassing a young writer, David Bourne, his wife, Catherine, and their new friend Marita, whom they meet in Europe. David and Catherine’s relationship involves androgynous identity mergers (they cut their hair to resemble one another) and sexual role reversals (David is anally penetrated by Catherine). In this novel, the hermaphrodite becomes a figure for the self-fertilizing creativity of the artist.

This project entails an explicitly critical treatment of the Hemingway worldview, that external gaze whereby psychic depths are indicated only by indirection. David, as a writer, consciously resists decadent self-probing. This is an irony of literary genre; refusing self-insight, he is somehow stuck in the wrong kind of novel. For David, writing requires perceptiveness about others, but it eschews any too-conscious investigations of oneself. “I’m good on other people and on technical things…nobody knows about himself when he is really involved. It would be shameful.” David’s androgyny in Garden of Eden represents the risk of “knowing about himself,” a risk which it is difficult, after reading that novel, not to see anxiously addressed across all of Hemingway’s earlier work.

The hazard of interpretive overreach is severe. Meryl Altman puts it best when she describes the temptation to take Garden of Eden as “the magic decoder ring” of Hemingway’s oeuvre: “The danger is that retrospective blurring can lead to over-reading, and misreading” the books that came before it.

But since Hemingway is a biography above all, Burns’s and Novick’s failure to address Garden of Eden more than in passing seems a bit perverse. More than any other modernist, Hemingway’s fiction rewards a biographical hermeneutic – not because “man” and “myth” are distinguishable, but because they are not. Whether you want to know about Hemingway or “Hemingway,” you can hardly do better than to read Garden of Eden, a text whose failure to be completed is a sign of its biographical potency and of the fraught psychosexual ingredients of the “myth.” The risk of a text this psychologically revealing is that it can damage the work that preceded it – not because it is inferior but because it imposes an interpretation that those works, in their assiduous artistry, refused to countenance: indeed, censored.

In the novels published during his lifetime, androgynous interiority is an absence, a blank center around which to spin the fantasy of the macho Hemingway hero. But The Garden of Eden would liberate Hemingway to resolve his ambivalence, to elevate the kernel of an interiority he feared as pathological (as “abnormal, or a disease as a subject,” as he put it of war) to the plane of art. Hemingway could not, in his lifetime, bring himself to finish or to publish Garden of Eden, though the manuscript would grow to over two thousand pages: a measure of both the power of his phobia and the depth of his obsession.

Len Gutkin is a senior editor at The Chronicle Review and the author of Dandyism: Forming Fiction from Modernism to the Present (UVA, 2020), from which some of this essay is adapted.