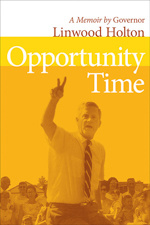 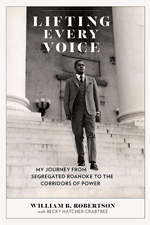 We share today in mourning the loss of Linwood Holton, Virginia's First GOP Governor in the Twentieth Century and Giant of Civil Rights, who died yesterday at 98.

From the Richmond Times-Dispatch:

"Linwood Holton, vanguard of two-party competition in once solidly Democratic Virginia as its first Republican governor of the 20th century and whose progressive views on race and public investment ultimately isolated him from a GOP that would lurch right in an alliance with the Old South conservatives he long opposed, died Thursday morning at his home in Kilmarnock. He was 98.

"Mr. Holton’s death was announced by his four children.

"A native of the Southwest Virginia coal belt, hotbed of spirited politics even as the eastern half of the state defaulted to the white-dominated, rigidly conservative antecedent of the Democratic Party, Mr. Holton was elected governor in 1969, his second try in four years for the office childhood friends joked he had sought since the fourth grade.

“'To the world, Gov. Linwood Holton is known as a giant of civil rights and change. When others stood in the doorways of schools to block desegregation, our Dad walked us — and bused us — to integrated schools to show the rest of the world the way of justice,' the Holton children said.

“'When others balked at tearing down the barriers to employment and opportunities for all Americans, our Dad led the charge in hiring for the Governor’s office a staff that represented all Virginians. In launching a political party that included Main Street business, labor organizations, and African American organizations including the Crusade for Voters, Dad helped break the back of the political machine that had called the shots in Virginia.'”

We were proud to publish Holton's memoir OPPORTUNITY TIME in 2008, and we remain grateful to him for writing the foreword for William "Bill" Robertson's forthcoming memoir LIFTING EVERY VOICE: My Journey from Segregated Roanoke to the Corridors of Power. Our thoughts remain with his family.