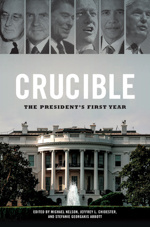 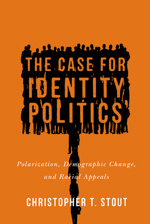 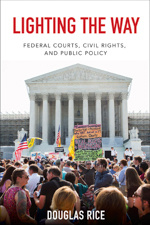 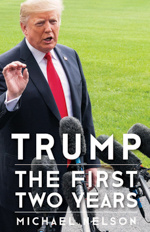 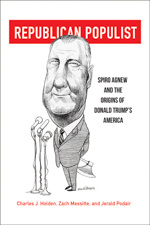 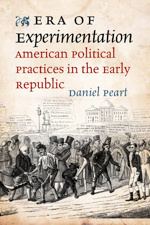 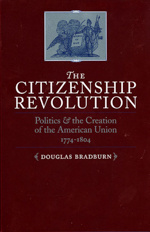 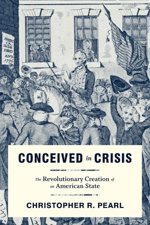 Over 98 million U.S. citizens have already voted in this year’s presidential election. Many millions more will do so today. Voting has been central to U.S. democracy since the country’s inception, and the right to vote has been fought over and suppressed for various groups, most notably Black Americans, for just as long. Of course as a press that publishes books we’re biased, but our team believes that books are one of the best ways to recount these struggles, to assess the country’s political history and present situation, and to encourage us to act and to ensure that all Americans have and make use of their right to vote. Casting a ballot is the best way for citizens to make their voices heard and to become actively involved in politics by choosing who holds office and represents the U.S. population in government.

UVA Press is proud to publish critically insightful scholarship on the evolving political institutions of the United States and the politicians past and present who shaped and are continuing to influence the country’s trajectory. Our relevant publications range from the presidential papers collection we make available through Rotunda (from John Adams to Ulysses S. Grant to Woodrow Wilson) to recent books from the Fall 2020 catalogue, such as Christopher Stout’s probing analysis of whether racialized appeals help or hinder Democratic Party candidates.

Below, we’ve selected excerpts from eight recent and older UVA Press publications that shed light on the origins of American political culture and comment on contemporary politics and our political institutions. We invite you to peruse these samples as you head to or come home from the polls today and as you contemplate the origins and current components of U.S. political culture during this critical election.

Read about local grievances concerning ineffectual colonial governance that helped bring about the American Revolution in Christopher Pearl’s Conceived in Crisis**. Learn from Douglas Bradburn about the rights and duties of newly minted American citizens at the founding in his The Citizenship Revolution**. Why was the rise of parties seen as detrimental to democracy and maligned as “government of the politicians, by the politicians, for the politicians”? Check out Daniel Peart’s chapter on the election of 1824 in his Era of Experimentation to find out.

Jumping ahead a few centuries, trace the ways in which Spiro Agnew’s anti-establishment rhetoric helped turn the Republican Party into the powerful populist electoral force that distinguishes it in 2020 by perusing a chapter from Charles Holden, Zach Messitte, and Jerald Podair’s Republican Populist**. After the 2016 election, prominent political scientists weighed the core questions of governance facing a new president in Crucible: The President’s First Year and provided both a Democratic and a Republican opportunity agenda, while Michael Nelson assessed Donald Trump’s track record in his Trump: The First Two Years. The Supreme Court has dominated the recent news cycle, and a key question remains: do the federal courts, including the Supreme Court, lead the way when it comes to public policy changes, or merely act to implement them? Check out Douglas Rice’s empirically grounded answer to this question in Lighting the Way. Finally, in our most recent book, Christopher Stout analyzes the decades-old wisdom that the Democratic Party should refrain from identity politics. Yet he finds this perception growing outdated in his* The Case for Identity Politics* in light of police shootings, growing racial health and economic disparities, retrenchments on voting rights, and the growth of racial hate groups*.*

As this very select reading list already makes clear, American politics have evolved tremendously over the past two-and-a-half centuries and are ever in flux. Yet what undergirds the entire system is our right to cast a ballot. Please exercise your right today. Go vote!