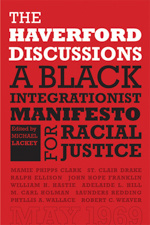 Ralph Ellison’s novel Invisible Man has become increasingly more painful to teach. One of the most tragic scenes involves Tod Clifton, a smart and charismatic black man who is fatally shot by a white police officer. Other than law enforcement, the narrator is the only person to witness the crime, which leads him to reflect on who controls “reality.” As he says, “the cop would be Clifton’s historian, his judge, his witness, and his executioner.” What makes matters infinitely worse is that the white officer’s subsequent “lies” about the incident will be useful in enabling white people more generally to “keep their power.” When I teach this novel, I consciously and strategically avoid mentioning Black Lives Matter and contemporary cases of police violence against blacks, but secretly I hope that my students will make the logical connections between Clifton and Tamir Rice, Eric Garner, and Laquan McDonald, which they do. Inevitably, this leads to productive and substantive conversations about systemic racism, e.g., how the code of silence, the police control of the “official” narrative, and supervisorial support of the manipulated report make possible and even significantly contribute to the killing of black men in the United States with legal and psychological impunity.

The ghastly murder of George Floyd has shocked the world because it so clearly exposes the systemic racism that many people refused to acknowledge or see, and it is this growing recognition that is leading to massive protests and even some riots, thus bringing to mind the rampant civil unrest of the 1960s. In response to the racism-generated turmoil of the 1960s, prominent African American intellectuals like Ellison, John Hope Franklin, Adelaide Cromwell Hill, St. Clair Drake, Phyllis Wallace, and others coordinated a weekend meeting in 1969 to formulate political strategies and an intellectual agenda for advancing racial justice in the United States. The belief was that publishing a transcript of the meeting would give educators, activists, and politicians some useful ideas for promoting political inclusion and racial healing. Unfortunately, the group lost funding for the project, so the document (The Haverford Discussions) remained unpublished for more than forty years. When I discovered in 2011 the transcript of the meeting in an archive at Brown University, I realized that I had found something that could not only shed new and considerable light on the past but could also be of real value in the present and future, as it intelligently illuminates the racist ideology underwriting American politics. The document was published in 2013 with a subtitle that expresses the objectives of the contributors: A Black Integrationist Manifesto for Racial Justice.

Because the participants clawed their way to the highest positions in American society, they had a privileged perspective of the way systemic racism functions in higher education, political organizations, and the legal system. Some of the most useful remarks in the document relate to “liberal whites,” who want to help the black community, but who “are completely confused.” The hearts of many white liberals are in the right place, which is why Ellison believes that they could contribute to the project of black empowerment, racial justice, and cultural healing, but there is a desperate need for informing white liberals about theories of race, African American history, and super-subtle forms of structural racism. One of the real dangers is that passionate political activists, white and/or black, could have the best of intentions but still unwittingly contribute to the degradation and oppression of the black community. It is for this reason that Robert Weaver, former secretary of housing and urban development, made the following cautionary observation during the meeting: if the “tactics” of political activists are based on an uninformed or misinformed foundation (“lousy philosophy”), the end result will be negative and perhaps catastrophic, despite the intentions to the contrary. Needed, therefore, is a solid grounding in race theory and political activism, and The Haverford Discussions provide exceptional insight for securing and promoting racial justice in the current moment.

To honor George Floyd, we can use his senseless murder to educate the public and thereby advance racial understanding, racial justice, and racial healing. And given the similarities between the 1960s and now, the probing insights and rigorous methods of analysis found in The Haverford Discussions could be an ideal resource. Indeed, unless we have a well-grounded and well–informed approach to the culture’s rampant racism, we are not going to avoid the deaths of future Tod Cliftons, Tamir Rices, Eric Garners, Laquan McDonalds, and George Floyds.